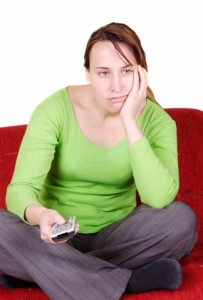 For 30 years, human beings have been coming up with credible reasons to leave a friend’s home when they are asked, “Want to watch our wedding video?”.  “Oh it’s only an hour and a half long? That’s awesome - can we do it next time I’m here?  I have to go get a root canal.”

Some people equate ‘Longer’ with ‘Better’, but it’s simply not the case.  In fact, most of our best films have been 20 minutes or less.  Some clients order much longer films and still love them, but over the last couple of years, most of our clients have gravitated to the short film.

Short films are not constrained to telling a story chronologically or in real time.  Like most mainstream films today, our films are dense and layered - therefore more interesting to watch.  Our philosophy is that the viewer should never feel the need to “fast-forward through the boring parts”.  In our short films, every shot is carefully chosen and edited into a story that has real emotional impact.  We find that our clients cannot take their eyes off the screen when a short film is playing.  This is not a film that will be watched once a year on a wedding anniversary.  Instead, it will be watched over and over again, and shared through social media.

Another common myth is that short films don’t take as long to create and should cost less than a feature film.  In fact, more thought and effort goes into a film that time-shifts and tells a story in a non-chronological fashion.  The good news is that regardless of whether CinemaCake clients choose a short or feature film, the price remains the same.

Here are some related myths to watch for as you choose a filmmaker:

One Camera is Enough
The biggest problem with one camera coverage is that there is no way to capture two things happening at the same time.  Imagine all of the moments when the reaction is just as important as the action itself.  Take the Maid of Honor’s Speech at Holly and Bill’s Wedding as an example.  With one camera, the emotional impact of that short speech would not be there.

The Second Camera Does Not Have To Be Manned
An unmanned camera can be used as a wide shot from the balcony for example, or just a static shot down the aisle during the ceremony.  Either way, it’s unmanned so it cannot refocus, re-frame, or move if a shot is blocked.  It’s a static, security-camera looking shot that the videographer can’t count on in a pinch.  A static camera has it’s place, but it is no replacement for a human behind a camera.

See the Difference for Yourself
At CinemaCake, all of our clients get a choice of a Short Film, a Feature Film, or something in-between.  Our films are customized for each client and are always the RIGHT length.  For the clients who choose our short films, all unedited footage is delivered as well, so if one day you DO want to look through all of the footage, you can.

Please comment below with myths that you know about.