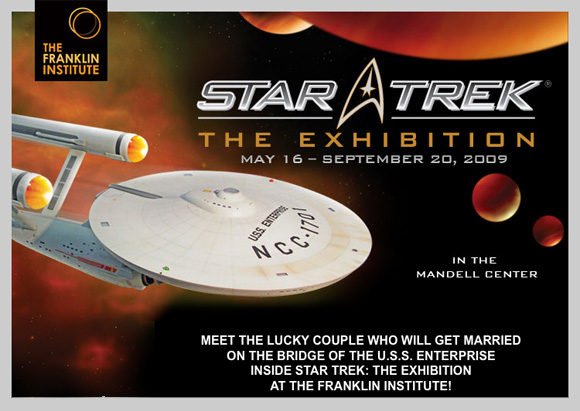 We have been commissioned to shoot Brad and Kate on September 13th as they marry on the bridge of the Starship Enterprise, which is part of the exhibit at the Franklin Institute in Philadelphia.  Yes, the couple will be in costume.

Meet the lucky couple who entered the contest to win this wedding.  Kate is from Phoenixville, PA and Brad is from Denville, NJ. 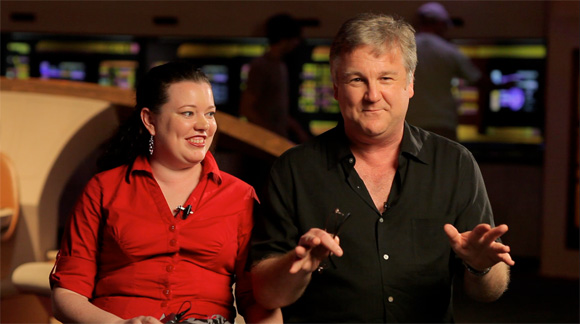 Hi, we’re Brad & Kate. We met almost three years ago at a Star Trek convention in Chicago, never suspecting we would meet the love of our lives there. Our relationship continued after returning home, and in March of 2008, Brad proposed to me on stage at a Star Trek convention in New Jersey. We began planning our dream wedding in Las Vegas, on the bridge of the Enterprise D. We hesitated because our father would be unable to travel so far. Our decision was made for us when, in the fall of 2008, the Enterprise-D bridge replica was torn down. Then when Brad’s father passed away earlier this year, it became essential for us to make sure my father would be able to attend our wedding in Pennsylvania. We realized it would be impossible for us to live the dream of getting married on the Enterprise bridge. But when we learned of the opportunity being offered at The Franklin Institute, we were ecstatic. Nothing would make us happier than to be able to pledge our lives to each other in the Star Trek universe, among our family, friends, and fellow Star Trek fans. 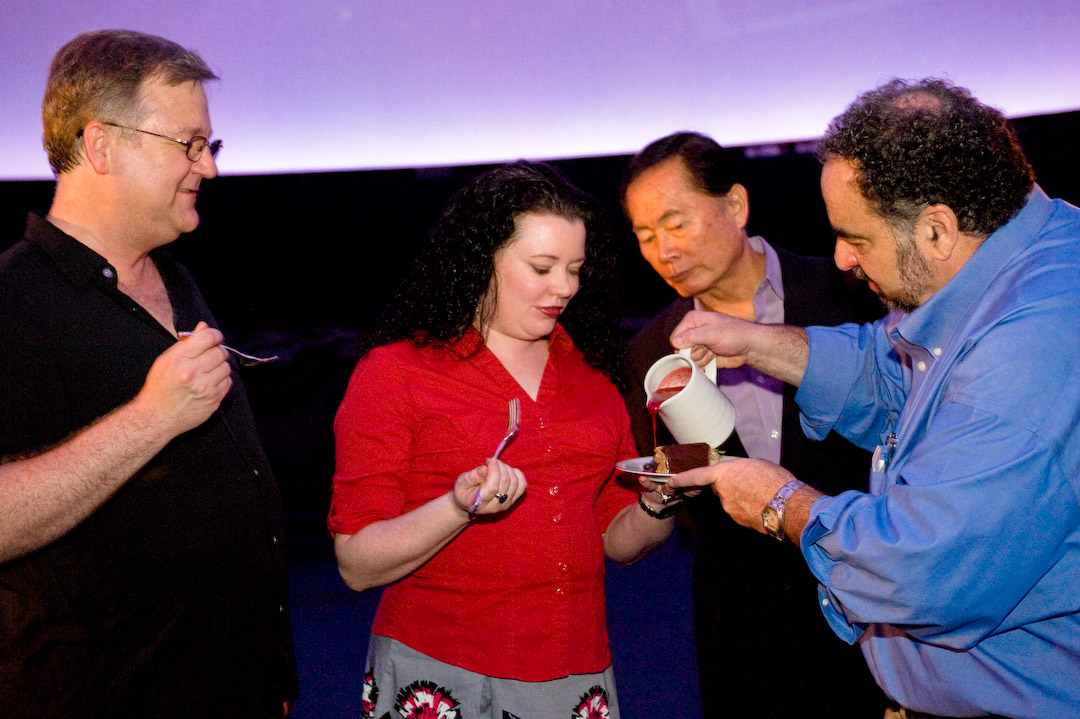 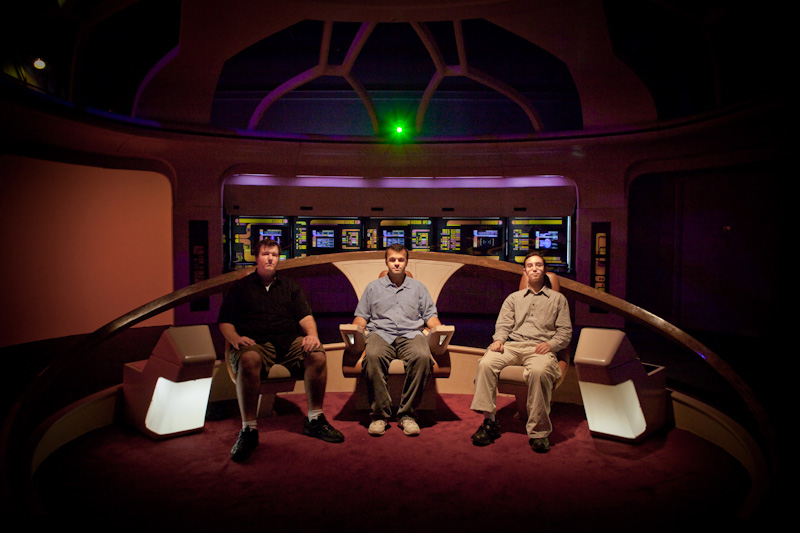 At the August 20th cake tasting with George Takei, less than a month before the wedding, film crew - Jordan, Dave, and Josh - take a break on the bridge.