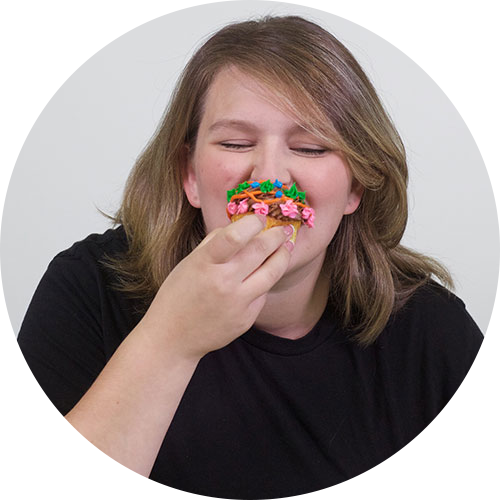 Taylor attended Temple University and graduated with a degree in Broadcasting, Telecommunications, and Mass Media.  Taylor is not only the voice you hear when you call CinemaCake, but she has produced some of the biggest and most complicated jobs CinemaCake has ever seen, including a job she produced for the Philadelphia Mayor's Office of Sustainability, promoting the use of electric cars.

Taylor mostly keeps the owners and staff on task.  In her spare time, Taylor enjoys spending time with her husband Dan, family, friends, and her cat, Jack.  She also loves reading, going to Zumba classes, trying new craft beers, and seeing any Broadway musical she can get to!